Guide: How to get out of Elo Hell

Greetings, summoner! The 7-th season is going to its end, and if you still do not obtain a gold elo, then you definitely will not be rewarded with the next limited Victorious Skin for League of Legends‘ champion. If you doing your best, but still stuck somewhere in the low divisions, then you can use this article to learn a few tricks and advices. Playing in low elo divisions – from bronze to silver – you play without pleasure, it more looks like a torture. But after these divisions – the holy land of normal and adequate players is started – the Gold and above leagues. Also, players of Gold+ Elo league will definitely get best rewards, bonuses and other advantages at the season’s ending. So enough words, let’s start.

Introduction | How to boost Elo

I will start my guide from the little introduction, and firstly I’ll give a definition to the Elo Hell. Elo Hell is your personal hell, where you locked with the players you do not enjoy to play with. You will be imprisoned here, even if you do your best.

There are a lot of guides on the web about boosting Elo, or how to get out of Elo Hell, or how to promote Elo in LoL. Here I will start from basics and will try to tell about everything as easy as possible.

First of all, to get out of EloHell you will need to learn two basic pieces of knowledge:

If you play in low elo, then you do not have one, or any of these basic things. For players of high divisions this guide may seem useless, but for everyone else, this guide can open a door to a Gold+. If you really looking for info, then you can play at higher Elo, but you need a starting point, and I will give it to you. But if you still fail all the attempts you make, then just find some decent lol boost. But be sure that you can keep your elo at the desirable high.

First of all, I want to explain how League of Legends is giving Elo points in SoloQ queue. It is obvious, but still, to rise Elo you need to win games. Lots of games. Your starting rating is somewhere about 1200, and in the first ten games you will receive x3-x5 more Elo points, this is working on both sides. In your profile, you will be able to see your rank after these ten games, but only if it higher than 1249. After ~50 wins your Elo will be established and further you will receive 10-15 elo per average game.

In SoloQ you can only start a 5×5 draft, where players are sorted by the Elo – the higher you in the team list, the more Elo rating you have. Players in the top of this list have the highest Elo in the team and can pick a champion first. Teams are composited by random and that’s why you will not be always a “captain” of your team. IF you leave a game in the pick stage, then you will receive a penalty – 30 minutes you can not stand in the SoloQ.

The main goal of this guide is to teach you the basics of LoL and teach you how to win games in League of Legends.

If you stand on this road, you need to face the first and the most important wall in the whole your adventure – the main reasons of your failures is not some random man that ruining all your games. The main problem is yourself. Whole humanity firstly seeing causes of their failures in other peoples, but they do not look at themselves. So, first of all, you need to admit that you are not as good as you imagine and stand on the road to the Gold+ Elo.

As I said before, the main goal of this guide is to teach you two basic skills that you need to rise Elo in LoL. In this chapter, I will highlight the most important things in League of Legends.

Practice is the path to the perfection. Practice allows you to better understand the game and all basic mechanics. The most important in LoL are:

This is the basic mechanic in all moba games – kill minion to earn gold. And in LoL, you NEED to slay them correctly and efficiently. CS nowadays can be easily trained in Practice mode, where you can spawn a wave of minion by a simple command. After you learn it quite well, you can start playing actual games where you will face an enemy. This will be much harder, but at least you will know all basic things, like attack animation, projectile speed, damage sense. Practice your Creep Slain until you will see how Elo is rising.

The more gold you have, the higher chances that you can win this match.

If you can not stand against enemies on the lane, then you will probably lose it, and the game in future. Unfortunately, there are no advices or tips how to avoid stress in 1×1, and only a practice can help you get rid of this thrilling sense. It is much easier on words than on practice. But still, try to keep calm and do your best. After you beat stress, you need to learn the match ups of the League of Legends. Matchup knowledge will directly affect your gaming skills. Moreover, LoL as a moba game, based on a snowball mechanic, so if you lose a lane you give a huge advantage to the whole enemy team. 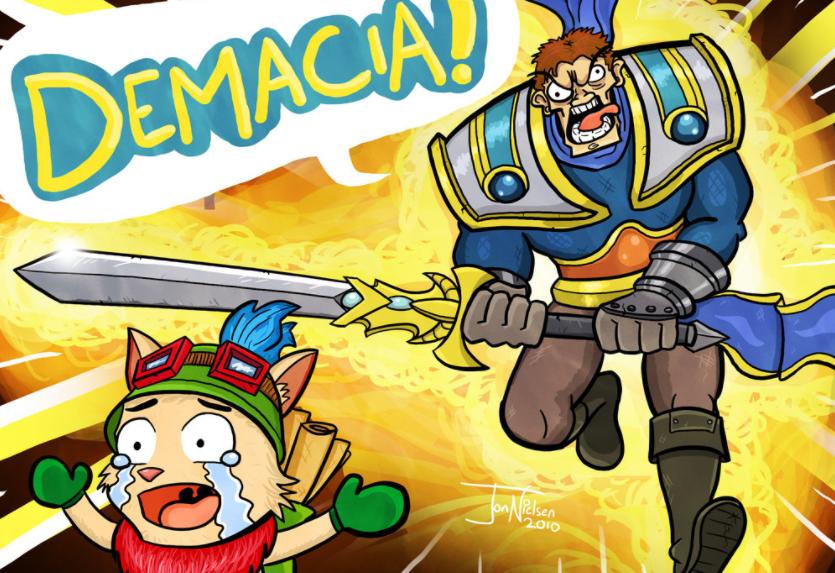 Always read balance patches and look at the pro-stage, where the META is born. Knowing which champions strong against enemy’s pick will give you an advantage that you can use further in the game. But if you are being counter picked, do not fall into despair – you still can win a lane with the help from within.

Which champions are best in SoloQ?

This is the most popular question in LoL. But I just can not give a straight answer on it. The game is always evolving and champions gain balance edits. Just look at the stat sites like OP.GG and search for most popular champions with the highest winrate at low divisions. Remember to search for OP champion only in the division where you play, because in Diamond+ the League of Legends is much different from the Bronze.

The only advice I can give to you – pick AD or AP champions that can carry games just by themselves. Pick those champions who can actually do great damage or cast effective CC abilities in team fights.

Well, it is very complicated. Only a practice can help you with the game sense. But you do not need to play years in LoL, just be attentive and you will start to notice differences in players behavior when they start gathering together to push a lane, or to kill a Dragon or Nashor. You can evolve your game sense just by watching streams! All you need to do is not to watch streams for fun, but analyze various moments of a match.

This is the hardest mechanic of the LoL that you can train because it covers the entire gameplay. This is a long way, where you need to make every step just by yourself, but when you end this road, you will start to notice everything in LoL.

You need to exactly know what each of the LoL roles must do. You need to remember that teams in SoloQ are forming randomly, so you need to learn at least two roles which you can choose in SoloQ menu and at least 2-4 champions on each role.

You can not choose only mid lane and expect to play there. So make at least 4 pages of runes and masteries for each role, and you will not face any problems here. If you can well perform with all in-game roles (tank, jungler, AP/AD carry, and support) then you will be very flexible and extremely useful player. Follow the Meta and pick popular champions if you pick first, later you can swap with your team mates.