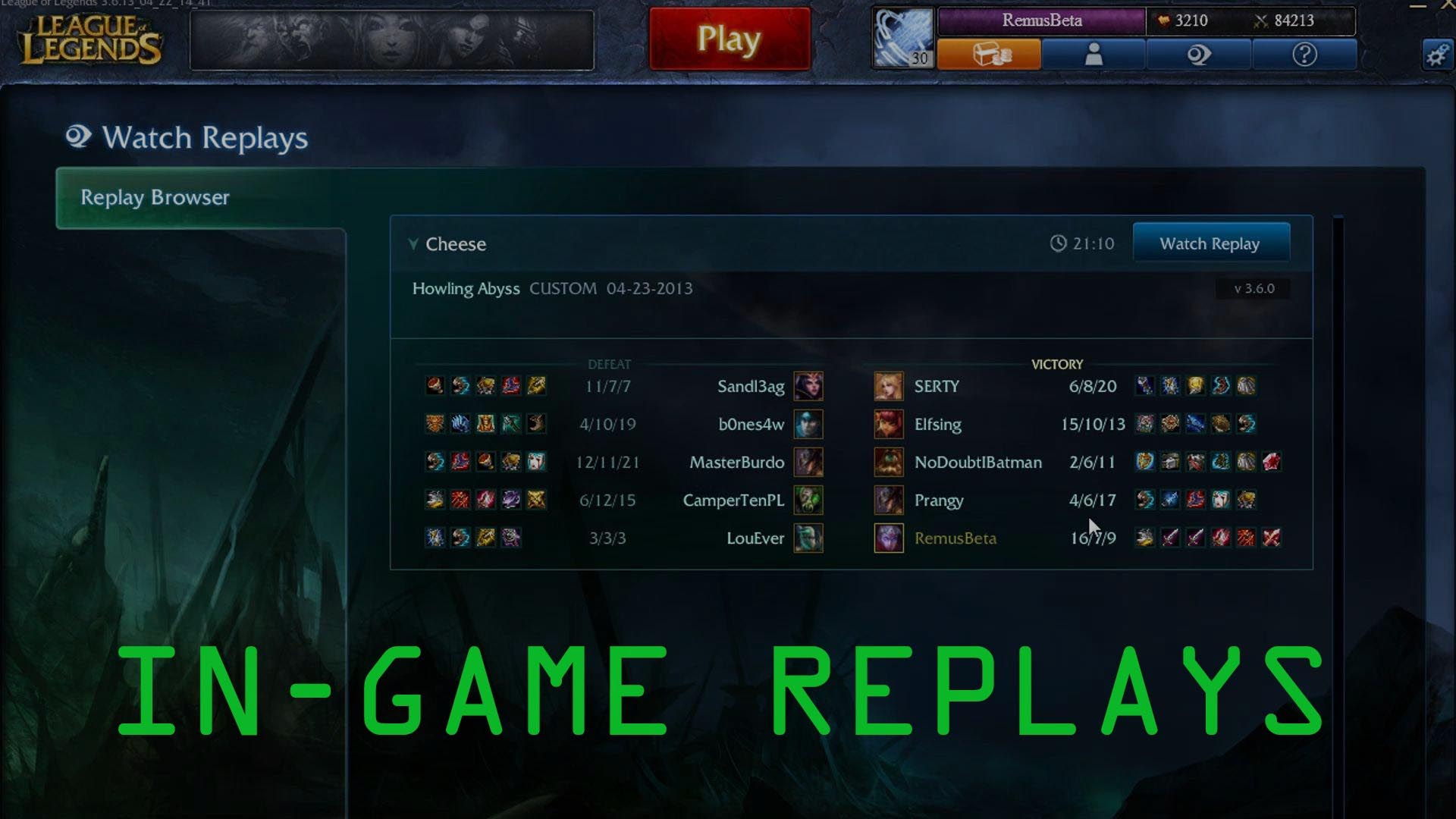 We waited this for so long.

I think that any player in League of Legends, was wondered about when developers will add a possibility to record your best games to watch them in the future. This issue was raised several times and at one point on the test server even has this possibility, but after some time it was turned off and thrown in the back burner. And now, after many years, developers delight us with the news that in the future we will be able to record our games. Let me remind you that the exact date of the appearance of the official replay is not yet known, but now you can view replays of different players and the Champions at replay.gg site.

Here is what developers say about replay system:

We had everything that we need to create a system of replays, except for backward compatibility – to view replays that was made in previous versions of the game. We asked ourselves: If backward compatibility is important, and whether we can launch replays without it? We understand that players like to review the special moments of the match, no matter how much time has passed since its completion, so we decided to give up backwards compatibility and to consider other ways to solve the problem.

And then came the day when Riot are ready to announce: Replay system will be updated in League of Legends client.

How Replays will work?

Download replay, which reference is available on screen that appear after the game or in the history of games.

Watch the replays that was made in the current version of the game, with a new replay mode , which is similar to the functionality of the observer mode.

Find the right moment with the new annotated timeline, which marked important events: the killing, the destruction of towers and inhibitors and killing dragons and Barons.

Record videos of the most bright moments of the game, using a built-in recording functionality.

These videos will be stored on your hard drive (C: \ MyDocuments \ LeagueofLegends \ Highlights) in .webm format.

Files in this format can be viewed in any browser that support the HTML5, and put in a social network.

Replays will help you to become a better

Now you can watch at all your matches and watch at yourself more closely. See you replays in detailes and judge yourself like it is a random player:

If you look at yourself closely and find all your mistakes, it will be a good work, that will help you in future.

Now you will focus right targets in battles, will not initiate fights when your allies are not ready, and will become a better player in all aspects.

Now you know how to quickly record and save your favorite moments,

This is only the first version of this feature, and Riot plan to improve it. More information will be discussed in the coming months.

Watch your replays and become better!

Check another posts that will help you:

2 thoughts on “League of Legends: Replays”